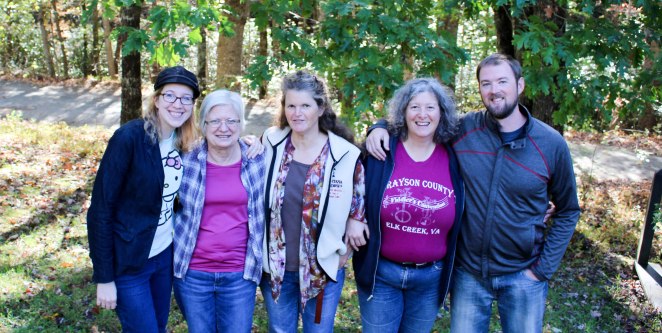 The Battleaxe Band at Tim’s Studio

The Battleaxe Band has been busy working on our debut album this fall. In October we made our first trip up to Pisgah Forest to lay down the bulk of our tracks. On Sunday we went back up to the studio and re-recorded 4 tracks to get them just right. Tim has already sent us the tracks to preview it sounds good!

After Tim finishes the mixing, he’ll send it on for mastering, then it will go to the CD manufacturer. We are still hoping to get the CDs out in time for Christmas.

We are planning to have a CD release party sometime in the early new year, probably in February after all the holiday rush is over. We’ll let you know so you have time to put it on your calendars.

We are so thankful to have the chance to make this album and we owe it all to our fans – Thank you!  Have a wonderful Thanksgiving!